Good news, the quail an pheasant populations are back up in the Mid West!

For years my passion for the outdoors evolved around upland bird hunting, specifically quail.  Growing up in Southern California, we had a lot of quail in Riverside County.  Actually we had two different sub species 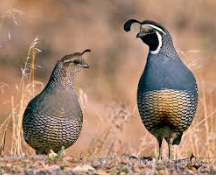 of quail to hunt, California quail and Gambel quail.  It was not unusual to find a covey of 150 birds, so you can imagine how disappointed I was when I went on my first bobwhite quail hunt, which was in Oklahoma!  A covey of about 25 birds got up, my brother in-law and his brother and I shot, of course I was waiting for the other 125 birds to get up!  Mac and Adrian both looked at me and said,”what are you doing”, I said waiting for the rest of the birds.  They both laughed and said, that was a huge covey, it doesn’t get much better than that.  I told them, you both would go out of your minds if you saw the size of the coveys we have in California.  Needless to say, my first lesson in bobwhite quail hunting was much different than expected.

After a couple of severe ice storms and heavy snow falls, followed by two years of droughts, the quail and pheasant population was nearly wiped out throughout the mid west.  Two other major factors for the decline of both quail and pheasants has been farming practices and predators. Now if you see a 10 bird covey you get excited.  It has been nearly twenty years, a lot of research and work, to get the bird counts back to somewhat normal.

The term farming from fence post to fence post was being used. It meant there wasn’t any cover left for the birds to nest in or to have protection from predators.  Now with CRP (Conservation Reserve Program) fields, the cover is being reestablished and the population of upland game birds 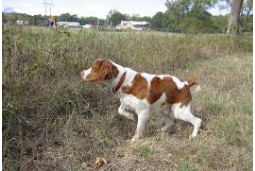 are increasing.  Good news for all of us who grew up chasing quail and pheasants and watching good dogs work.  So get ready, the birds are making a comeback!   At least in the mid west.